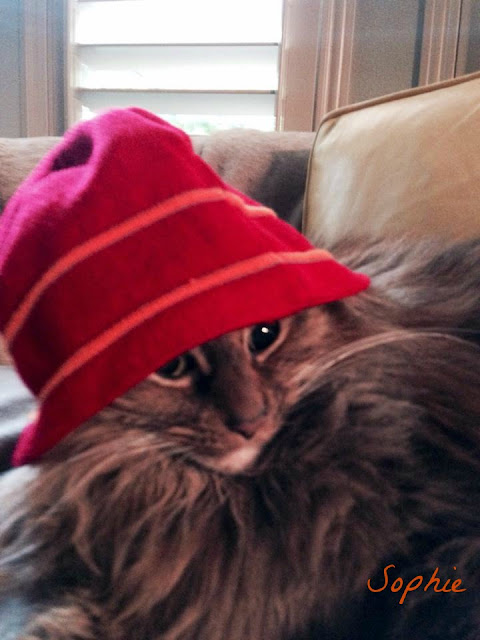 Isn't this cute!!
She's my friend Aguie's Sophie.  She's all dressed up for winter.
Posted by Lynda Bergman Decorative Artisan at 1:19 PM 5 comments:

Last night while I was cooking dinner I looked out my kitchen window and saw Charlie pestering our resident toad that lives in the downspout drain pipe.
I told him to stop and he came in the doggie door. 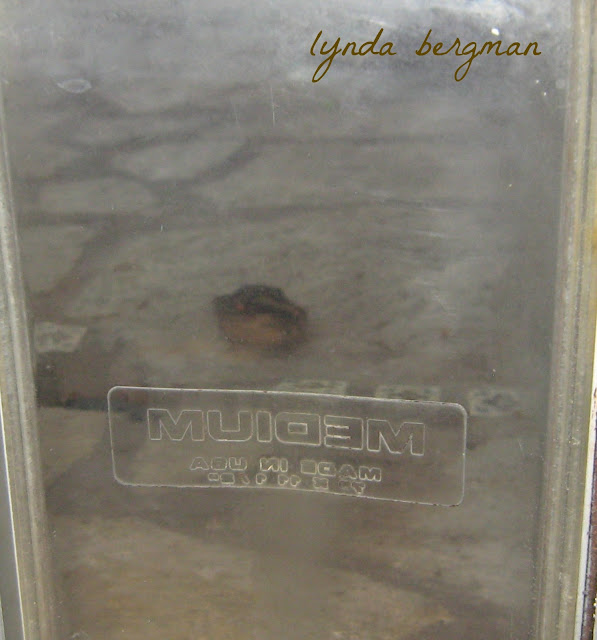 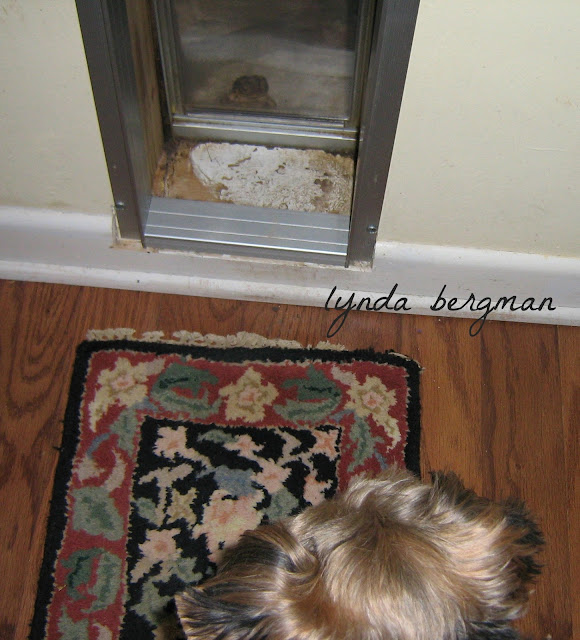 A couple of years ago, a handyman installed a larger doggie door for Charlie.
I saw Charlie sitting and staring at the doggie door.  There was a frog with it's feet on the opening and staring back at Charlie.
I wonder if the light inside the house attracts the frogs.  Maybe the plastic door reflects like it's water to the frog.  Wonder what the frogs see that attracts them.
I don't think the frogs could push the doggie door open, so I'm not concerned about that.  It's just interesting that they're so brave.
Or, maybe they ARE coming after Charlie because he won't leave them alone!!
Posted by Lynda Bergman Decorative Artisan at 8:51 AM 26 comments:

When I got home today, there was a poor little squirrel in the street that I guess got hit by a car.

The next time I looked out of my window, the buzzards had discovered the little squirrel.
I heard one car go by and honk at them and I saw another car swerve to scare the buzzards.
It concerns me to see the ignorance and lack of respect for the fact that we need scavengers!   I know both cars had to have seen the squirrel.
One time I was in a dr's office and this man was bragging about how he and his little boy found a possum in their yard and they started beating it with a board.  I cringed, thinking about that possum doing what it's supposed to do.
I asked the man why he killed the possum!!  He said it was nasty and ugly.  I said that the world needs scavengers.  They eat dead and decayed matter and we need them!  And, how could you do that with your little boy??
(There were other people around, so I was pretty sure he wouldn't come after me!)
Right after that, his little boy came out from the dentist and they left.  I can only hope that the man would stop and think next time.
Because of Charlie, I would certainly chase something out of the yard.  And, if I saw it attacking Charlie, I might do something drastic, too.
But mostly, I want to live peacefully with nature.
Posted by Lynda Bergman Decorative Artisan at 4:04 PM 3 comments: